This is a very simple phone in its design. It has a removable plastic back which can be removed and replaced with Xpress on back covers as Nokia calls them. It is also among the very few phones made in 2018 that give access to its battery. On the back is its primary camera and led flash (central position and vertically placed) with NOKIA branding. 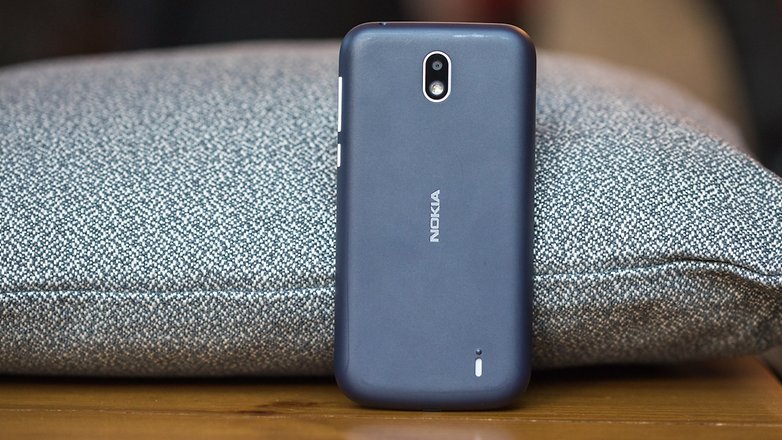 The front, on the other hand, has a clean bottom bezel while the top has NOKIA branding, a call speaker and its selfie camera. Its volume rocker and power button are on the same side. It has a 3.5mm jack on the top right-hand side. At 9.5mm thickness, you get a good solid smartphone

Its IPS LCD capacitive touch screen has support for 16M colors and can perform various multi-touch functionalities. Its 480 x 854 pixels resolution is mostly bright, thanks to the 218 PPI density of the display. It is a 4.5-inch display of 61.5% screen to body ratio, covers 56 cm2 and has 16:9 aspect ratio.

Clearly not all effort was put on this phone’s camera. No complaints though. Its 5MP primary camera does just fine and that LED flash it comes with enhances image quality in low light conditions. It also comes with a 2MP front-facing or selfie camera. Video recording here stands at 480p. It comes with a user-removable Li-ion 2150 mAh battery which should hold up a whole day of usage and even extend to the next day when it is mixed usage is involved. Anyways, with it, you get up to 9 hours of talk time on 3G, which is great.