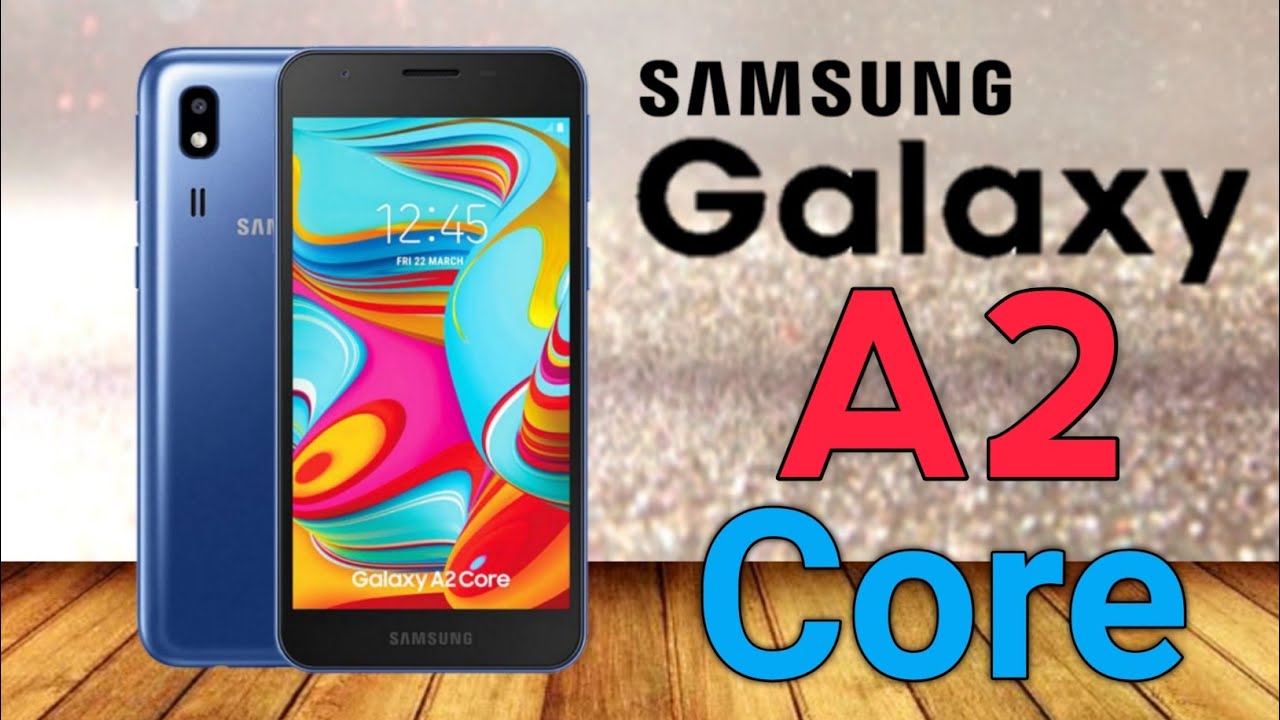 Camera That Delights Performance That Powers

Keep clicking more stunning pictures with the 5MP camera. Samsung Galaxy A2 Core on the rear packs 5-megapixel camera. The rear camera setup has autofocus. It sports a 5-megapixel camera on the front for selfies. Speed up your world with Samsung Exynos 7870 Octa-Core processor.

Samsung Galaxy A2 Core based on Android 8.0 Oreo (Go edition) and packs 8GB of inbuilt storage that can be expanded via microSD card. The Samsung Galaxy A2 Core is a dual-SIM (GSM and GSM) smartphone that accepts Nano-SIM and Nano-SIM cards., Have non-stop fun with the long-lasting 2600mAh battery & 1.5X video playback.

Connectivity options on the Samsung Galaxy A2 Core include Wi-Fi 802.11 b/g/n, GPS, Micro-USB, FM radio, 3G, and 4G (with support for Band 40 used by some LTE networks). Sensors on the phone include an accelerometer.